Tragic News from the USA 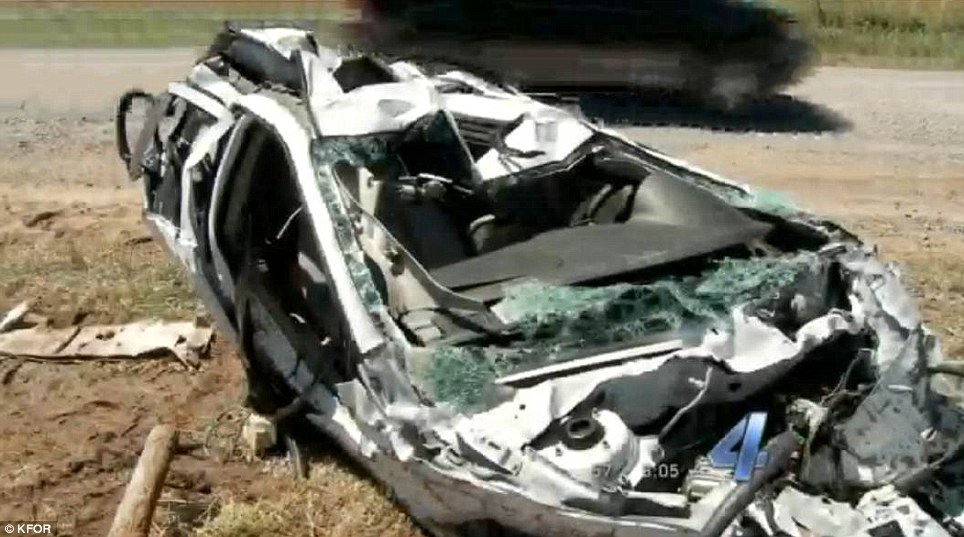 Destroyed: The Chevrolet Cobalt, pictured, driven by Tim Samaras was thrown half a mile in the terrifying storm
Tim Samaras Chase Vehicle after the storm.

Tim Samaras was found still strapped into the passenger seat while the other two were pulled from the car and thrown 1/2 mile in each direction.
At the intersection where authorities believe the men were killed, crews hauled away a mangled white truck that had been crushed like a tin can. The metal frame of their storm-chasing vehicle was twisted almost beyond recognition.
“They all unfortunately passed away but doing what they loved,” Jim Samaras wrote in a statement posted on his brother’s Facebook page.
Friday’s tornado took a sudden turn that surprised many observers, CNN meteorologist Chad Myers said.
“It was a wobbler. And it was big. … I think the left-hand turn made a big difference on how this thing was chased as well and why people were killed and why people were injured in their vehicles,” he said. “A vehicle is not a place to be in any tornado, especially a big one like that, and those men doing their job, those field scientists out there doing their jobs, were killed in the process.”

Tim Samaras founded TWISTEX, the Tactical Weather Instrumented Sampling in Tornadoes Experiment, to help learn more about tornadoes and increase lead time for warnings, according to the TWISTEX website.
Samaras had received 18 grants from the National Geographic Society for his research, said Terry Garcia, the organization’s executive vice president of missions.
Doug Kiesling, a fellow storm chaser, said the three men were bona fide researchers.
“A lot of times the storm spotters out there serve a very valuable purpose. They give ground truth to what meteorologists from the National Weather Service are doing,” he said. “But seeing it in person, seeing it for real, and giving that real time information, I think really supplements the warning. It helps people take shelter ahead of time.”

@5stormchasers made this tribute video

The Pulse Radar animation from the National Weather Service of the El Reno, Oklahoma Tornado.
http://1.usa.gov/191UFvB

This site uses Akismet to reduce spam. Learn how your comment data is processed.